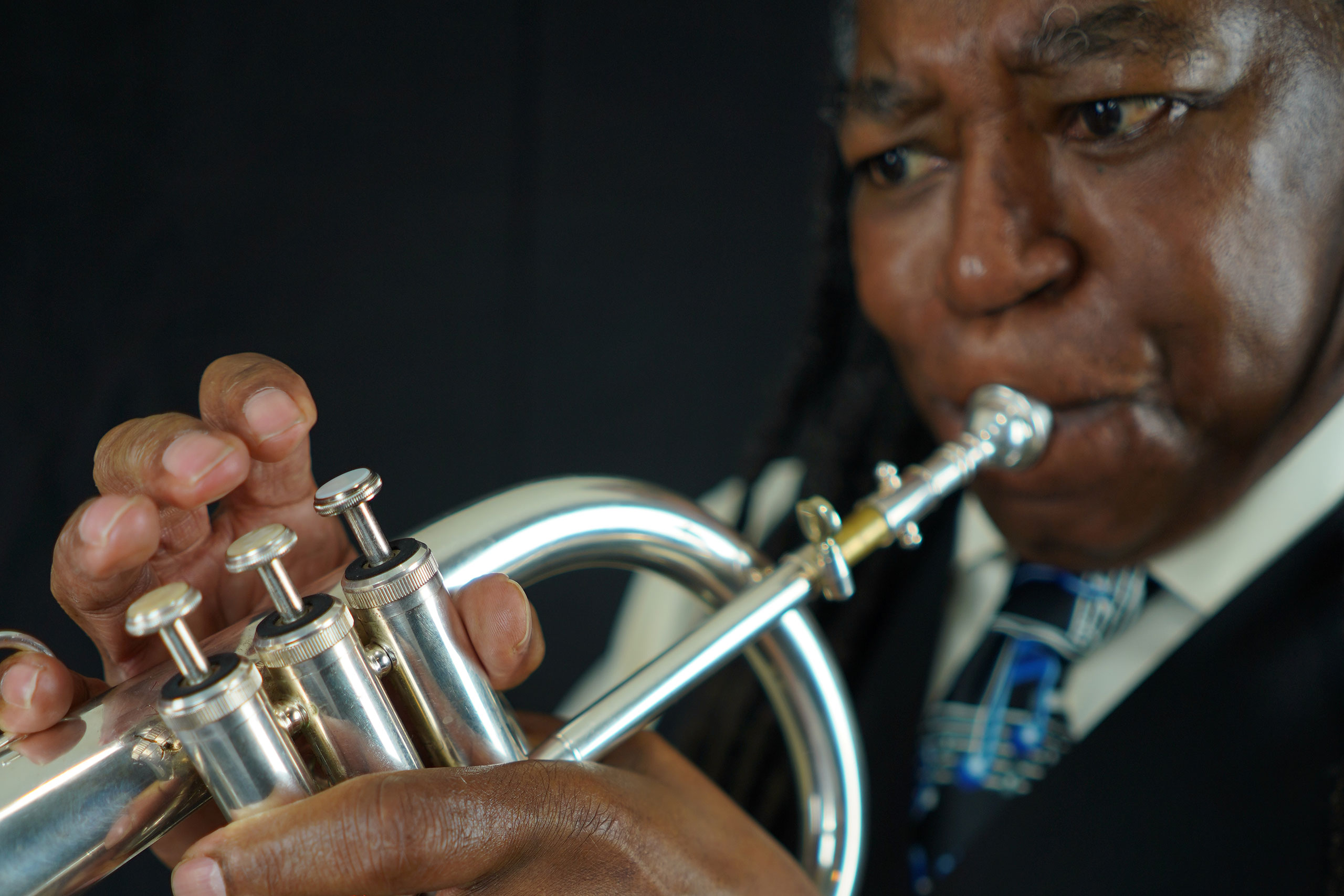 Teaching music is a vocation that I’ve come to treasure as much as performing music. I’ve been doing this work now in tandem with other performing projects since the early 1980s. It matters not whether the work is teaching recorder to elementary school children, or doing lecture demonstrations on specific artists such as Duke Ellington for high school students or developing performing ensembles to play Sun Ra’s music on the college level or giving trumpet instruction.

My recorder lessons are designed; to give young people a hands-on-activity with a musical instrument; to learn the basic elements of music, including music notation; to give students an opportunity to make music in an ensemble. Recorder lessons are designed for small groups (10 or less) or large groups (30 or less) and for students from ages 9-12.

Can be arranged to suit. Existing lecture demonstration includes a 45 minute session on Duke Ellington or Sun Ra or an overall history of Jazz from the Middle Passage to the 1970s, complete with dancers.

My approach to teaching the trumpet comes from experiences I’ve had in the music which I think have uniquely shaped my style of trumpet playing. I think of myself as teaching life lessons and trumpet lessons and therefore I take students at any level and at any age.

Since the death of Sun Ra, there has been, on the one hand, a greater worldwide interest in his music, and, on the other, no educational forum through which to explore the elements that comprised the Sun Ra phenomenon. His approach to blending the disciplines of music, dance, poetry, costume making, philosophy, history and the audio-visual arts as separate and integral elements of one whole presentation is now fully explored in a classroom setting and understood as endemic to African American culture in general and to Sun Ra’s sense of genius in particular. Having spent a span of twenty two years (1975-97) with his ensembles and several decades leading my own groups and fours years writing about my relationship with him, I approach Sun Ra’s music with first hand experience in a number of different areas.

One of the recent treasured moments I’ve experienced was spent in a classroom with high school students who I had the pleasure of informing about a great African American composer. The students were virgins to the Maestro. Their teacher, who invited me through the Carnegie Hall Education Division, from which I teach, gave me unrestricted freedom to conduct the class as I pleased. I chose the lecture/demonstration format. Since I play trumpet I naturally wanted the students to be aware of some the great trumpeters Mr. Ellington employed, especially those who played and made their instruments talk. So I talked about Bubber Miley and played the Black and Tan Fantasy for them. The spirits of Freddie Jenkins entered as did Rex Stewart, Cootie Williams, Clark Terry and Ray Nance. From the section in Mr. Hesse’s biography, Beyond All Category, I dramatized the story of Billy Strayhorn’s arrival into Duke’s inner circle. Wide-eyed with interest now, they were told of the creation of the song which was written on the way to Harlem, disappearing and resurfacing, to become the melody most associated with Ellingtonia, yet, written by a Strayhorn. I had them totally enraptured, as I talked about Ellington’s Carnegie Hall extended works period and the hundreds of recordings he had made by that time.
The story of his comeback with Dimuendo and Crescendo in Blue at Newport,’56 is one that every student delighted in. They liked the idea of having folks believe they were finished only to re-emerge triumphant and victorious. My favorite story, that also pleased them, was the one about the Queen’s Suite. The tale of how Queen Elizabeth and Duke Ellington were so taken with each other’s royalty that he wrote a piece of music for her and went into his own pocket to record it. Who but a genuine Duke named Ellington would think of writing a song for a Queen and making just one copy, for her ears alone. The letter I received from their teacher weeks afterwards convinced me that my subject had struck a responsive chord in the hearts of some from a generation that had never seen or heard of Mr. Ellington.